The 5 Designer mind shifts to succeed (in your Design school)! 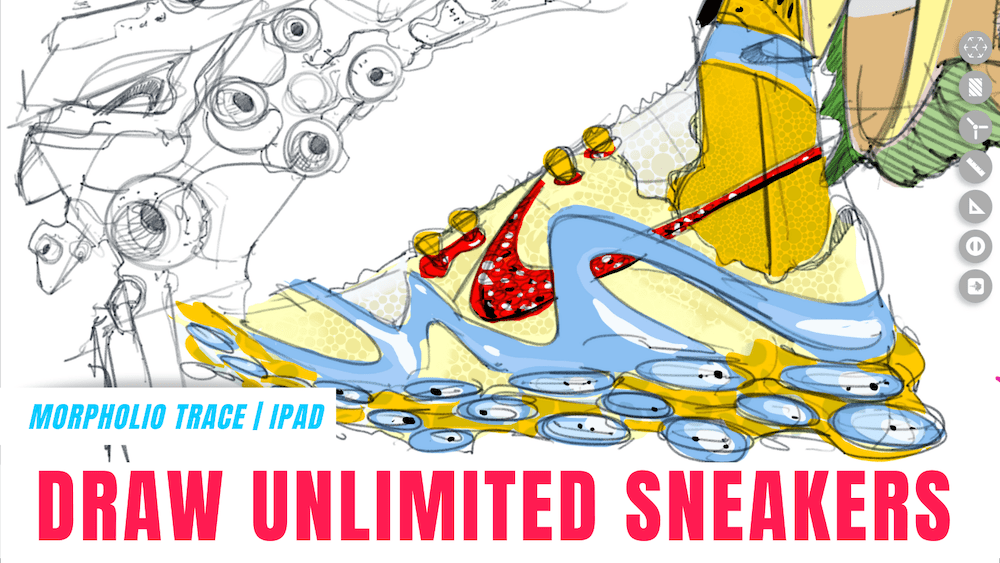 How I Draw Unlimited Sneakers (with Morpholio Trace | iPad) 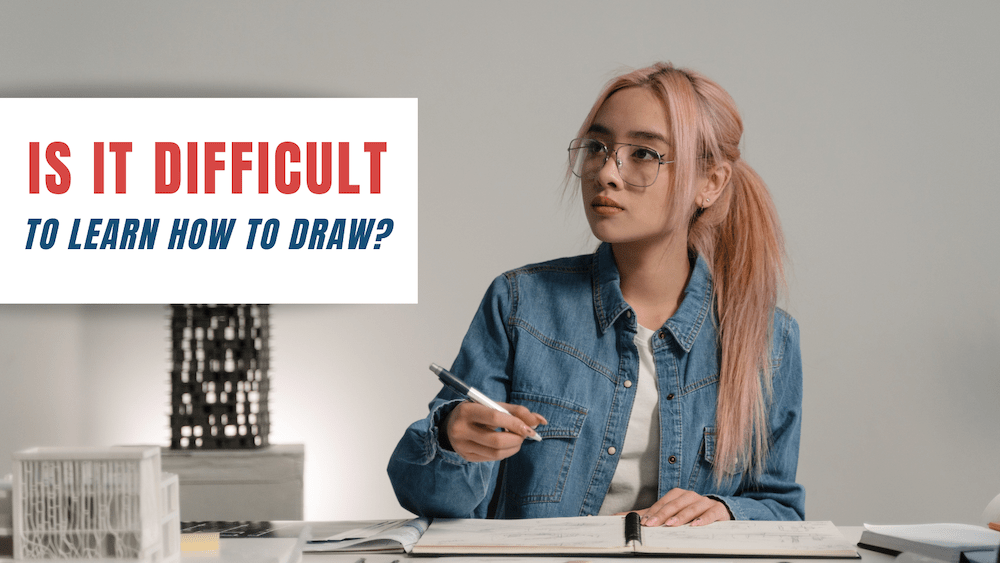 Is it difficult to learn how to draw?

The 3 benefits of drawing badly. 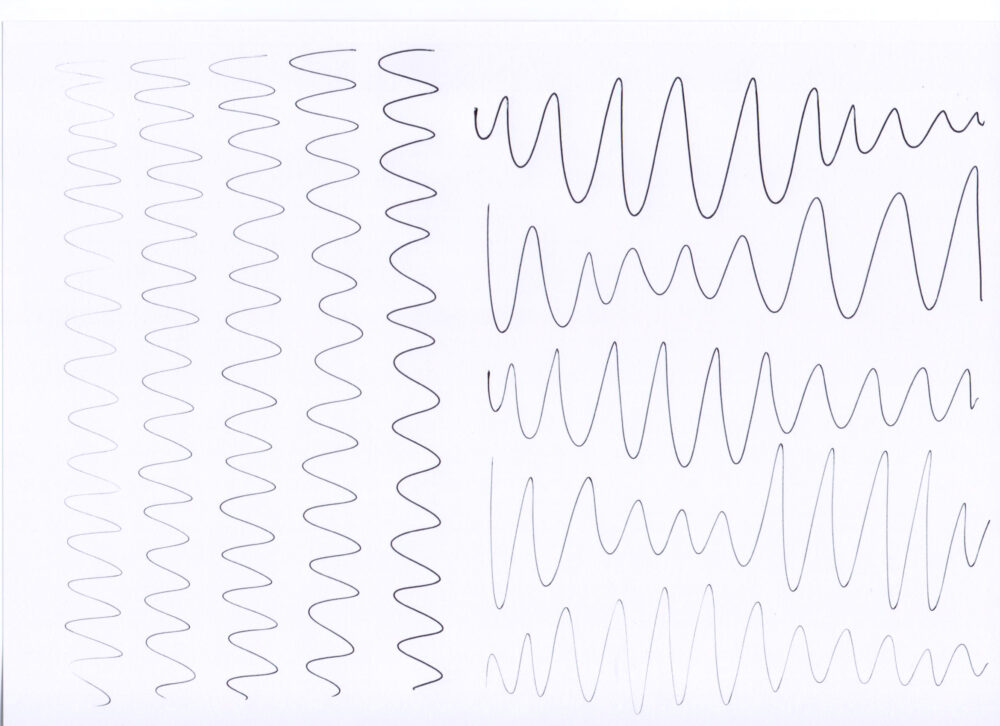 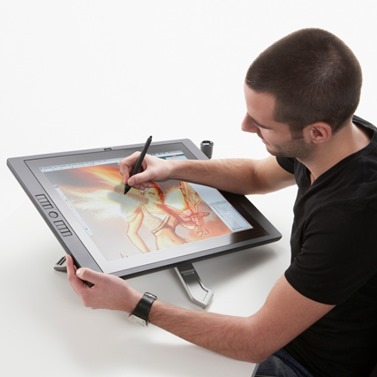 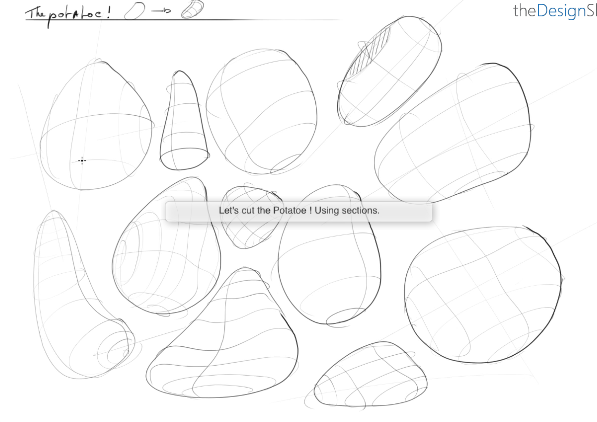 Sketch faster and better with he Contour lines |TIP 103 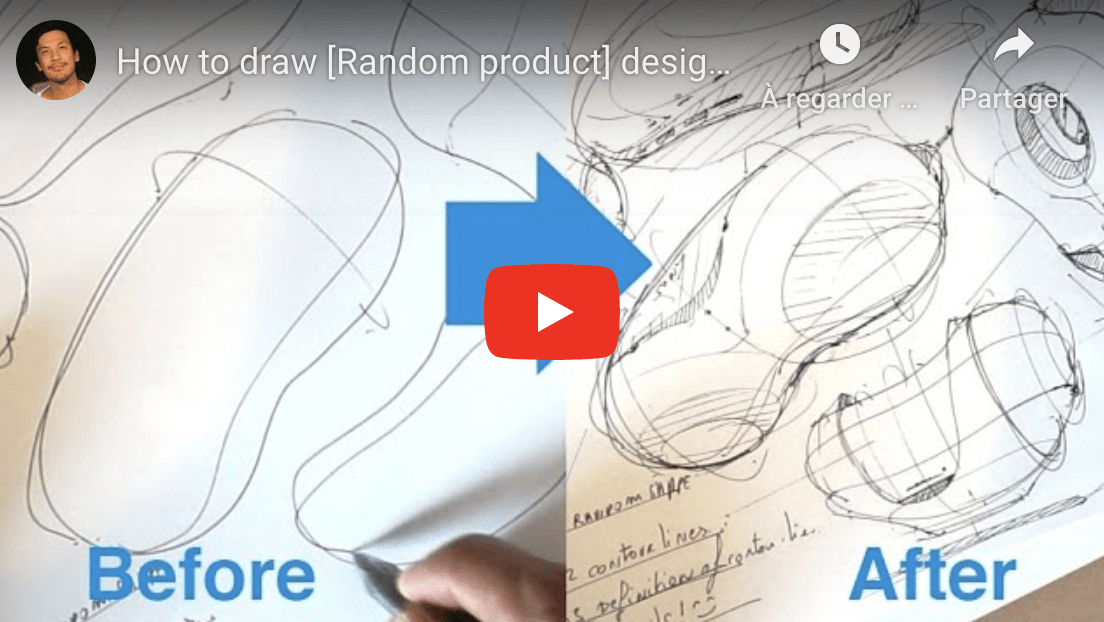 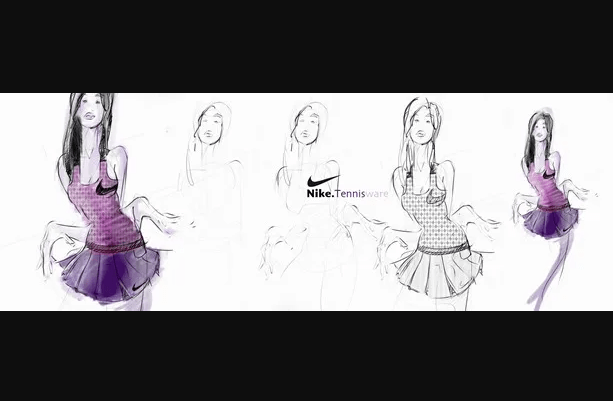 Get your FREE Book! 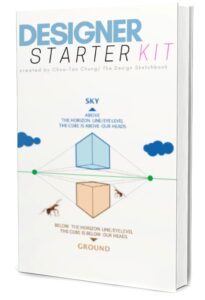 The 5 designer mind shifts to succeed in your design school!

How to succeed in your Design School and not give up!

Creativity seems to be unfair for some people because some people seem to have the talent, innate talent, and some people just seem they don’t have it.

I realized it’s pretty much counter-intuitive.
But the one who believes they have the innate talent will tend to give up.

While the one who believes they don’t have the talent will hustle more.

I was reading a book last night about How to maximize your potential and I stumbled into the article from Heidi Grant Halvorson.

When Heidi Grant Halvorson was a student at Columbia University.
Her mentor was doing an experiment on kids to see their reactions to:
“How do they react to obstacles when they are praised or when they are not”.

These kids were given a series of three exercises.

The first exercise was pretty easy.

Most students could fill it and could succeed.
And at the end of this first exercise, half of the student was told:
“Wow, you have done great. You’re very talented!”

You have been praised by:

And the second group, the 50 other percent were praised in a different way.
They were praising:

And then they have been given a second exercise, which is pretty tough.
It was a pretty bad result for almost all of the students.

And then we have given them a third exercise, which was pretty easy, like really similar to the first one.

The first group tends to fail more than the second group.

Because the first group who has been told that they had the talent realized that:
“Oh, I don’t have the ability to do it. So there’s no point to carry on.”

They didn’t have the pleasure to work on that further.

And then for the second group, it was actually the opposite reaction.
They realized that: “Oh, that’s tough, I couldn’t make that thing. But I would just keep carrying on, I would just get carried on because I just need to put more effort if I want to succeed.”

When I was in design school,
some people get to feel that they are being praised, to be good already, because when they enroll in the schools, they already have skills, and they have been praised by their parents…
“Oh you’re so good, and you’re so creative, and so on.”

And on the other part, some of the students actually had more difficulties starting from the bottom. And these people actually tend to hustle more.

They realize whenever they put on the work, they could make progress.
And this is how actually they could last longer.

It reminds me of the story of the tortoise and the hare somehow.
The hare is very fast and very reactive, and he’s very proud and has a lot of egos. And the tortoise is just starting from the bottom. And he actually just keeps going, but with persistence, every day, learning more and more, and she should win the race at the end of the day.

Just to keep carrying on with the article of Heidi Grant Halvorson is that she also gives some advice about the mind shift.

The 5 minds shift to succeed in creativity.

Mind shift 1: Allow you to screw-up

Anyone who wants to make it and to learn something creative actually is able to do it.
The first thing is to allow yourself to screw up.

You are just too harsh with yourself.
You believe that everyone has an innate talent they just succeed from the first shot.

That says is just wrong. It’s just a myth.

It is something that you only see people like on the street drawing portrait, urban sketching… They are so good already because they have trained and this is something we tend to forget.

To realize we just see the end result of so much work behind.

Don’t feel sorry when you do mistakes.

Just for under bracket I, I do have a VIP student on my course Sketch Like the Pros and she was publishing one of her sketches.

And she was drawing something she knew she messed up.
She did a mistake she realized herself.
And she put in a comment: “Sorry, I made a mistake.”

And this is where I just replied to her that she doesn’t have to be sorry.
I want her to show me all her weaknesses in VIP feedback so that I can give to her.

There are different steps when you want to learn something:

I can help you to spot your mistakes and help them even better.

So don’t expect to succeed at the first shot.

If you have the right explanation given step by step, you will for sure start on the right basis. So allow yourself to screw up. It’s just part of the process.

When I was a student in my design school, I was not the best sketcher. I was working hard. And one of the ways I improved much faster is by simply sitting at the table with the greatest students In my class.

We had a table of four people. And I was sitting in one of the seats. And I was looking at how there were drawing. And then I tried to repeat, I tried to imitate, I tried to see how they feel when they draw.

This is how I learned faster because I didn’t do it all alone by myself.

And it was very competitive. But what I like about designers is when it’s fair that: even if we compete with each other, we admire each other.

And we want to help the overall so and see how we develop our own style as well on each of our personalities. We knew this is the only way altogether we can grow faster and better.

Mind shift 3: Compare your performance within the timelines (instead of comparing with others).

When you compare it with the timeline, it means that you’re looking for appreciating your own progress.

And this is actually how you can also target and keep progressing like the story of the tortoise and the hare.

When you are the tortoise, just see that you’re a bit further, a bit further and you will keep going in this is how you go much farther and get closer to your goal.

And this drives us to mind shift number 4.

You look for progress and not for perfection.

When I was a student, I was dreaming about being a designer at Adidas, Nike, and the big brands.

When you put the word “Become” instead of “To be”, the hustle process  naturally comes in between.

For your success, you have to realize that your toughest critic is yourself. And this is why it comes to mind shift number 5.

Just remind yourself that: “You’re not good yet”.

If you put the time, if you put the effort, and you divide these two by learning with the right methods, then you always carry on again. You will keep going with motivation and fun.

Take it easy with yourself.

Don’t be too tough with yourself because the main constant to success is to put on the work and to hustle.

This is part of the game. It is what is making it fun and to be proud of.
Yeah, that’s it. That is what’s what I wanted to share with you guys.

No matter whether you have been praised that you have the talent or not, no matter that you believe that you can no you cannot, you will succeed.

If you have the belief that whenever you put in the effort, you can do it because you can make a change in your life.

If you want to create your own future, you’re the one who drives yourself.
So don’t be impressed no matter who is telling you you have the talent or don’t.

Just do your own things.
Believe in yourself

I hope it helps you guys.

If you have any questions, feel free to leave them in the comments.
I’ll be glad to carry on this conversation with you.

Hello! I am a Product Designer from France.

If the sketching methods I’ve acquired aid me in my life and in my industrial design career, I believe that they can also help you reach your design goal as a student or professional.

My aim is to help you all along with your design projects and journey!

Leave a comment in the blog or send me an email at choutac@thedesignsketchbook.com : ) 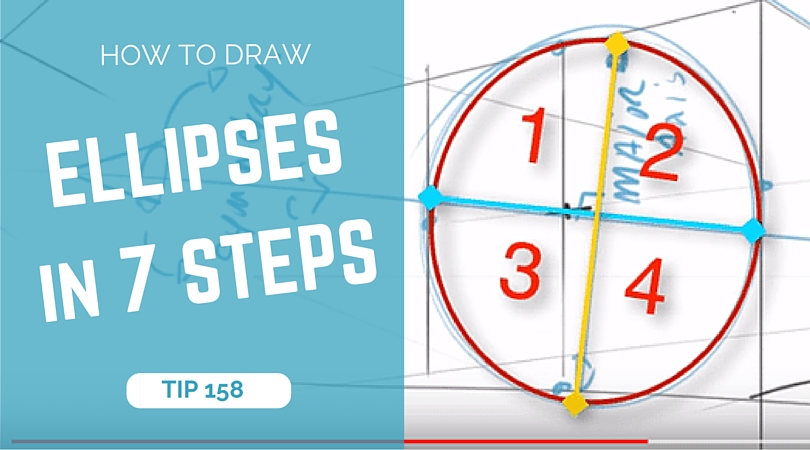 How to draw ellipses in perspective | 7 steps easy tutorial

How to draw ellipses in perspective step-by-step. If you wonder what is an ellipse, it is basically a circle in perspective. For example, if you see... 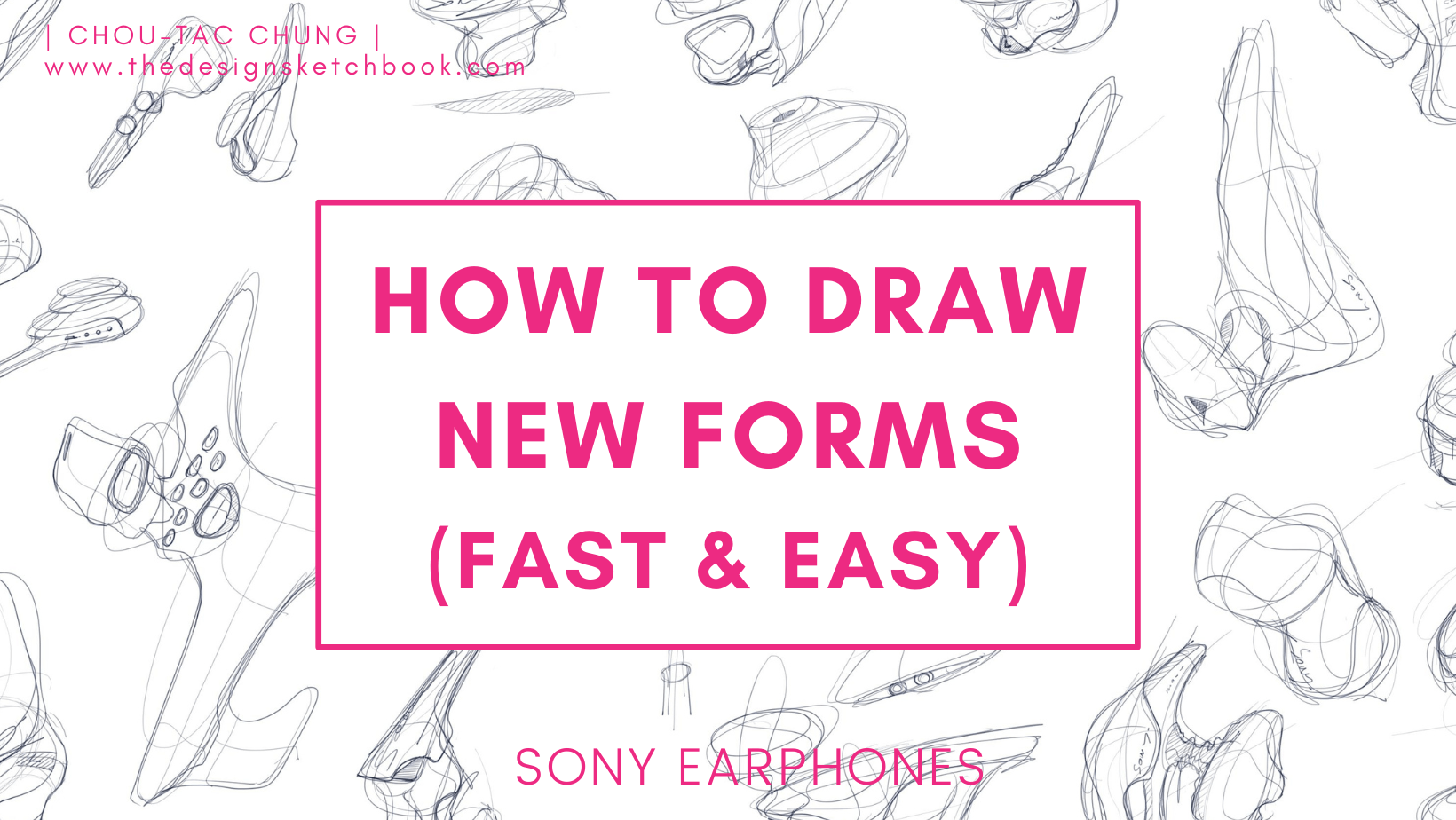 How to Draw New Forms (Fast and Easy)

How to Draw New Forms (Fast and Easy)| Sketching SONY Earphones 11.59 minutes I have a new sketching video tutorial for you. 🙂 If you face the blank...